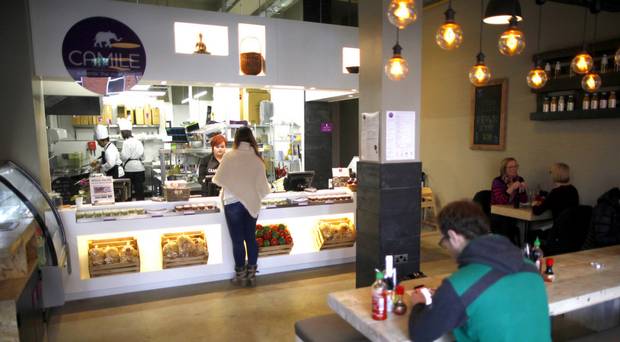 Thai food restaurant chain Camille, is set to open the doors to its second eatery in Ballyhackamore, Belfast. This comes fast on the heels of the first restaurant that was opened about 12 months ago along Lisburn Road. The opening of this second store is a clear signal that Brody Sweeney the chief executive is serious about expansion in Northern Ireland. Camille is a restaurant that offers healthy Thai takeaways for young professional people who need quality food that can be ordered online and delivered to them in line with the “laptop and delivered to lap” concept.

According to Brody, the Ballyhackamore area was a natural choice due to its growing reputation as a foodie destination where lots of restaurants are setting up shop and doing very well. The new Camille restaurant is expected to hire 20 new staff with the most already engaged and the process of hiring chefs is in progress. Most of the work on the restaurant is done and fit-out will be complete any time now which indicates an opening is in the offing sometime soon.

One of the challenges that Mr Sweeney has identified is the lack of skills and especially chefs which has led to most hires being young immigrant workers.

While businesses would prefer to prioritise the hiring of Northern Ireland nationals, many of the locals are unfortunately not interested or available to take up the jobs. This has created a situation that makes hiring for specific positions a daunting task.

He is however quick to point out that the young immigrants are important to growing economies as they are willing to take up minimum pay jobs that natives are not interested in. He blames the lack of immigrant workers in the UK partly to the Brexit move that has made the country a less attractive option for immigrants looking to work overseas.

Camille restaurants were launched 2 years after the closure of O’Brien’s, which was the sandwich shop that Mr Sweeney operated up until 2009. The success of online food delivery businesses such as Deliveroo inspired the move to start the business which was Mr Sweeney’s way of providing professionals in Belfast with high quality healthy meals that are ordered from a “laptop and delivered to the lap.” There are 14 Camille restaurants that are successfully running across the country with one of them in London.

The huge potential of the online restaurant delivery business is what attracted Camille to the Lisburn Road address which has lots of young professionals who are internet savvy, have very little time but happen to be very liquid and willing to spend their cash. One year down the line, Camille is happy with its choice of location for its first Belfast restaurant and believes the Ballyhackamore location will do equally well if not better.

The near future plan according to Brody Sweeney is to have 6 or at least 5 franchised Camille restaurants up and running within the next 12 months in Belfast and other parts of Northern Ireland.

The Return of Culture Night Expected to Pull In Record Numbers