Airshow in Wales said to be worth ‘record £8.4m’ to economy of Swansea 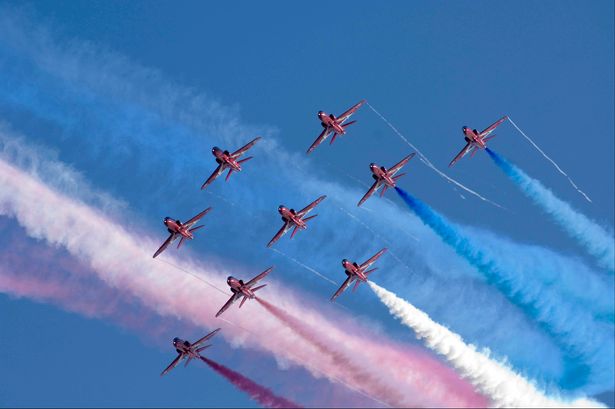 More than 250,000 people are said to have visited the air display show in early July

This summer’s Wales Airshow was rated to have reached a record value contribution of £8.4 million to the economy of the city of Swansea, a newly released study has announced.

An economic impact study that was conducted by an independent body has discovered that the event that stretched over two whole days has created more money for the city of Swansea than ever before recorded and that it has attracted the greatest number of visitors ever seen at the Wales Air Show.

Swansea Council are the organisers behind the greatly enjoyed Wales Air Show that runs every year, with the city’s very own Swansea University also acting as the main sponsor of the event for 2017.

In excess of 250,000 people visited the air show in early July this year alone to continue to enjoy performances from a whole host of different aircraft including the famous Red Arrows of the RAF, the Lauren Richardson bi-plane, a MiG-15 aircraft and the widely celebrated Bristol Blenheim.

Councillor for the city Robert Francis-Davies, Swansea Council’s cabinet member for culture, tourism and major projects, said in a statement on the event that: “The air show is now a key anchor event in our annual events programme in Swansea and these encouraging figures show that it’s continuing to grow in popularity.

“Not only did the Wales Airshow event give world-class entertainment to a record total of more than 250,000 people, it also generated a record £8.4 million for Swansea’s economy this year – that’s over £600,000 more than last year.

“”This is a very important factor because it is the businesses of the city of Swansea who benefit from the influx of visitors and the increased spending, from our hotels and bed and breakfasts to our shops, activity providers, restaurants and pubs.

“Along with other events and activities, the Wales air show has a key role in supporting a Welsh tourism industry that is worth over £400 million and around 5,000 jobs for residents every year for Swansea.

“Both face-to-face and those surveys carried out over the internet with hundreds of 2017 visitors of the air show made it clear that at least 92 per cent of visitors would attend the same event again in the future, with over 80 per cent saying that they would be keen to visit every year. Around 29 per cent of the people questioned in the surveys were first time visitors to the Wales Airshow as well. “

Those visitors from further afield who decided to make the most of what the city and the air show have to offer stayed in the city for an average of three nights in Swansea for the event in hotels, bed and breakfasts or other similar accommodation and spent around £149 per room on the accommodation.