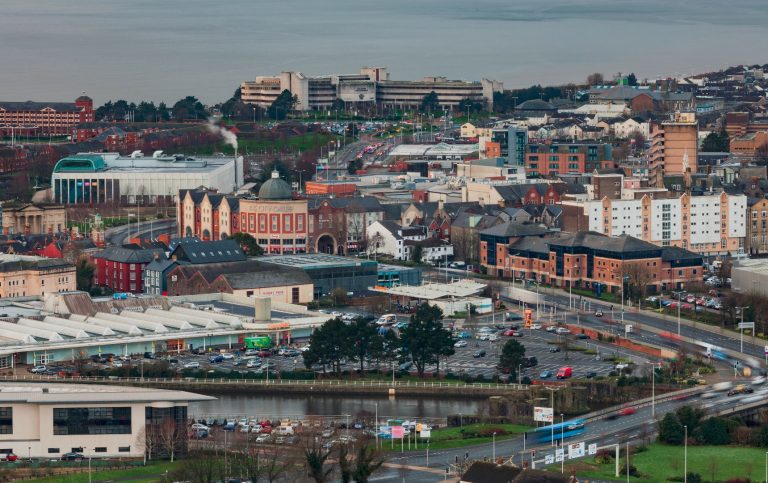 Preliminary site investigation works for stage one of the Swansea Central advancement are nearly underway.

Due to begin next week, these inquiries will ground the way for the numerous new attractions, counting a 3,500 capacity digital covered stadium.

Other highlights are set to include a digitised square, a bridge for pedestrians that stretches over Oystermouth Road, a brand new hotel, and a new car park. Phase one is anticipated to commence this time next year.

Set to be finished off in 2020, the stage one amenities would form just part of a year-long celebration of culture – on the basis that Swansea should beat its rivals to be named as the United Kingdom City of Culture for the year 2021.

Rival cities for the honour of the title include Coventry, Paisley, Sunderland and Stoke-on-Trent.

Cllr Rob Stewart, a Council Leader for the city of Swansea, said: “Planning consent is in place for the Swansea Central development, a top class operator has been selected to run the digital indoor arena and we’ve started the search for a hotel operator, so a great deal of progress on our plans to transform the city centre has already been made.”

“But the site investigation works starting later this month and lasting several weeks into September will be the first time people see activity on site, which is further evidence of our commitment to deliver these enormously exciting plans for the benefit of Swansea people, Swansea businesses and visitors to the city.

“These works are needed to inform the detail of construction, which will be starting this time next year. Detailed designs will also be announced in coming months.”

A study that is looking into the economic effect of phase one of the development plans has uncovered that the additional features to the city can be expected to generate around £35.4 million as well as generating 560 jobs for workers during the two-year construction scheme.

Once in operation, the innovative amenities will be worth £11.9m a year to the economy of Swansea and will continue to support up to 469 jobs each year.

Cllr Rob Stewart went on to explain that: “The new indoor arena will attract up to 200 days of concerts, exhibitions and other events every year, but as well as leading to world class attractions of this kind, these plans will open up jobs and opportunities for local people, businesses and supply chains.

“They’ll also act as a catalyst for other city centre sites and generate more footfall and spending for our existing traders, helping lead to even more investment in future.””

The second stage of the proposed developments will realise a series of new shops, restaurants, cafes, a boutique cinema and other new facilities that are set to be introduced on the site that was formerly known as the St David’s shopping centre site in the centre of Swansea city.

Share. Facebook Twitter Pinterest LinkedIn Tumblr Email
Previous ArticleThe Script are set to perform in Cardiff on the Welsh leg of their next tour
Next Article Airshow in Wales said to be worth ‘record £8.4m’ to economy of Swansea