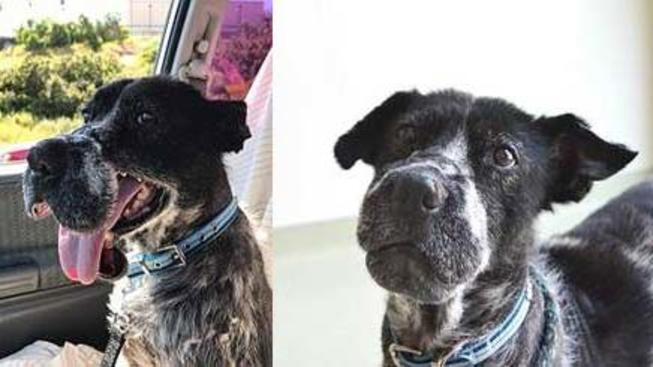 Zak, the pooch, was apparently victim of abuse as its tail had been cut off

A Derbyshire family with big love toward the animals “fell in love” with a stray dog during their holiday and has spent about £600 to bring the dog back to their home.

Paul Robinson, wife Jo and their son, Sam, were relaxing on their holiday trip to the island of Zakintons in Greece when they stumbled upon a tiny, skinny and frightened dog hiding behind a bin.

The dog was apparently abused as its tail had been cut off. Jo tried to approach him, but he was too frightened so ran off and couldn’t be found that day.

The next few days, the Robinsons spent searching the island to locate the stray dog. Eventually, while they were having a dinner at a restaurant on the beach, Jo saw him, and smartly she used her belt as a collar, so he was unable to run off once more.

They discreetly took him to their hotel room, gave him food and bath before they called local organisation Healing Paws Dog Rescue for assistance.

The organisation made arrangements that the dog who they named Zak, after the Zakynthos, be transported to their home in Oakwood for a £600.

Zak travelled through Italy, Germany and France for three days before finally reaching his destination on Wednesday.

Jo Robinson, who is 40 years old, stated:” If we hadn’t have saved him he would probably have died on that island. He was so tiny, you could see his rib cage and bones, and he was frightened of everything. We couldn’t simply leave him there to die.”

“He must’ve been so scared to be in a cage for three days travelling, but now he’s back home I’m sure he’ll start to relax.”

“We were all so thrilled to see him arrive safely. We all gave him a good welcome, including our other dog Teddy, and now we’re giving him lots of cuddles, food and rest.”

They think that Zak is around one year old and that he is a Labrador/beagle cross. Robinsons took him to vet who stated that Zak is somewhat underweight, but apart from that, he is in good health.

Husband, Paul, added:”There are lots of stray dogs in Zante, but Zak was tough to ignore. Most other dogs were roaming about and seemed to be enjoying themselves on the beach.”

“But Zak looked so vulnerable and frightened that we simply had to do everything we can to help.”

Robinsons youngest, Sam, who is 16, added: “We had given up hope of spotting him, so it was a true relief when we saw him again. It was unfortunate to see so many stray dogs in Zante, but I’m glad we were able to help Zak.”

The Robinsons are very grateful to Healing Paws Dog Rescue for the assistance they provided them and are inviting people to donate money to enable the self-sustained charity to keep going.

Sue Deeth, from the charity organisation, said: “We know there are lots of dogs in the UK who deserve a safe home, but there was no way we were leaving this little dog behind.”