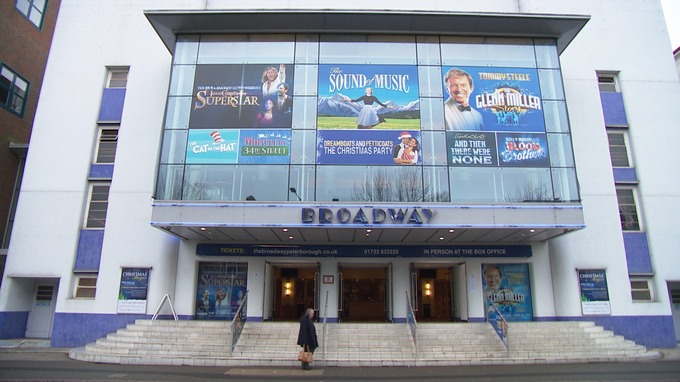 The anteroom at the Broadway Theatre was full last Saturday for the official service to stamp the re-opening of the notorious scene.

Speaking to the Dawe Charitable Trust, the new leaseholder, Dwindle Dawe uncovered a plaque praising the new period which expressed that it was 80 years to the day since the building initially opened its entryways, at that point as an Odeon film.

The night at that point saw a pressed house for a film music function with the BBC Concert Orchestra which was sorted out by Peterborough Male Voice Choir, Peterborough Voices and Peterborough Youth Choir.

Entertainers and individuals from the group of onlookers at that point remained on a short time later in Walter’s Bar and Eatery which as of late started working inside the theatre where it is open each day.

Showcasing Director Alex Geairns stated: “We influenced it to clear we are proposing to provide food for everybody, except it’s an opportunity to take a risk on observing something other than what’s expected from our program of occasions, to give us the driving force to book in more shows and ability.”

Check Ringer, overseeing chief of the theatre, which is situated in Broadway, stated: “This is the first occasion when that our scene has had draft ales, juice and brew accessible, and these were mainly appreciated by our benefactors on Saturday in Walter’s.

“We’ve had some nice remarks, and furthermore productive input, about what individuals might want from a visit to the Broadway. We are taking a shot at reacting to those this week.”