The three most unhygienic schools in Plymouth exposed 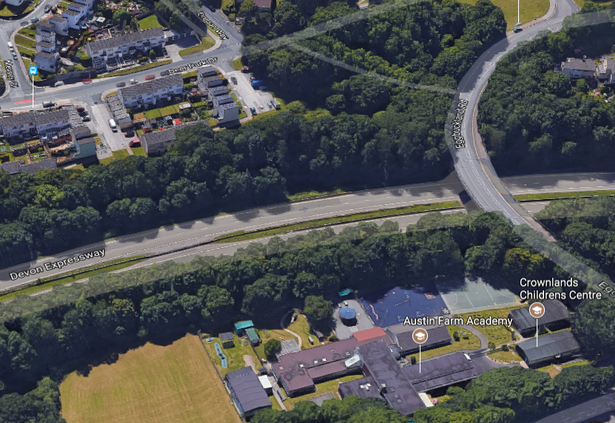 An environmental law charity ClientEarth recently did a study which revealed that thousands of children in more than 950 schools are playing in playgrounds that are exposed to illegal air pollution.

More than 40,000 people die annually from air pollution related illnesses such as heart and lung diseases, asthma and the development of young children is also affected.

It is now possible, thanks to ClientEarth, for parents to key in a postcode into an online search to find out if their child’s school is close to a road that is exposed to high amounts of air pollution.

There are three schools in particular that have playgrounds that are situated less than 150metres from the major roads and this is a health hazard to the children.

Austin Farm Academy is one of such schools, just 77metres from A38 Parkway which has very heavy traffic on a daily basis. The levels of pollution at the school is 47.6μg/m3, with the maximum legal level for NO2 being 40μg/m3.

The other such school is St. Boniface Catholic College, which has children playing just 128 metres from the Tavistock Road and ClientEarth is concerned about the health risks of the children.

Manadon School is also near Tavistock Road, with a distance of 150metres.
Alan Andrews, the air quality lawyer at ClientEarth said that the political leaders are failing both legally and morally by putting their health at such risk when they are still young and susceptible. And as natural as it can be, the parents expects that the government is going to do something about is, and so does ClientEarth.

Billboard adverts will be put up soon in various cities and towns showing the list of schools that are most polluted in each particular town.

According to Katie Horwood, who is the head teacher at Chestnuts primary in Haringey, North London, it is our responsibility to educate the children as well as protect their health as they play in the playgrounds. She also said that the school was doing all they could about this issue, but the Government should intervene by encouraging drivers to use more eco-friendly means of transport.

ClientEarth aims to have a national wide network of zones that have clean air in which the cars that have high levels of pollution are kept away from these areas. They are also fighting to keep away cars that idle outside school compounds and to encourage parents and students to walk or cycle to school.

Director of Public Health at Plymouth City Council Dr. Ruth Harrell said that the department takes air quality as a serious issue and have put in so much effort to curb the amount of pollution experienced in Plymouth. She also said that based on the report given to Defra, there is significant improvement in the air quality as seen in the current Air Quality Management Areas (AQMA).

To establish the amount of Nitrogen in these areas, there is close monitoring done throughout Plymouth. Areas that have heavy traffic record high levels of nitrogen and the amount decrease as the traffic eases up.

Personal carbon monitors have been implemented in two schools that are within the AQMA so as to educate the children on the benefits of walking or cycling to school and we are hopeful that the initiative will soon spread to the other schools in the city.

If you must use your vehicle, ensure that you exercise smooth driving and avoid speeding up or slowing down without necessary cause.

Share. Facebook Twitter Pinterest LinkedIn Tumblr Email
Previous ArticleParallel London: Running just for fun is here again with events of 100m, 1k, 5k and 10k
Next Article Factory of a firm that has operated in Plymouth for three decades is set to shut down