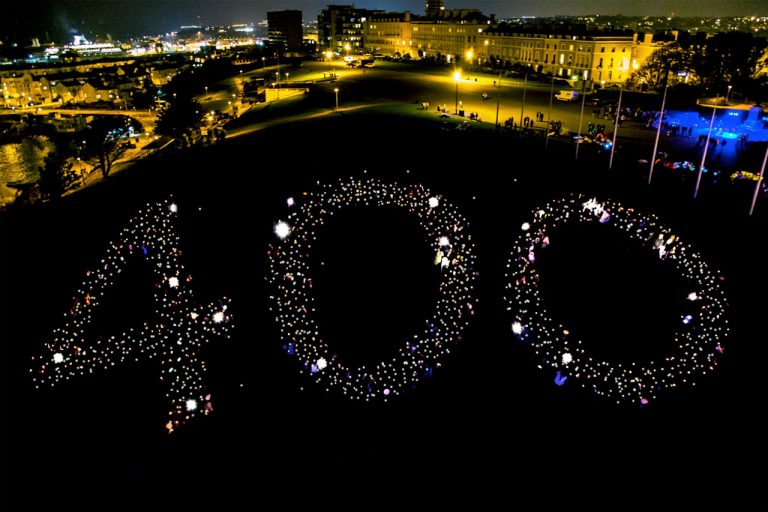 The 400th anniversary of Mayflower sailing to America will be celebrated by having several wall paintings done throughout Plymouth.

The Wallflower Project are undertaking the project and they will be working together with heritage and community groups across Plymouth. This will also enhance the Plymouth’s efforts of creating a city of culture.

The project is a brainchild of Dr. Joddy Patterson, an Associate Professor of Arts and History at the University of Plymouth as well as Art collective Loci, which consists of Fine Arts graduates from the university. The wall painting project is set to begin now and expected to be complete in 2020.

Dr. Patterson is undertaking a research on the importance of public art in culture and his take on it is that the murals are an excellent way of beautifying a city and community and at the same time, it is a great way of telling the stories that have made the city to be what it is in the present day.

The murals will give the city a civic pride and give it a sense of unique culture. They can also be great ways of creating conversations and progressive debates.

According to Dr. Patterson also said that mayflower was the ideal theme to remember in this way. We are eager to work with the community and the artists to make more pieces of this kind between now and 2020, when the project is expected to end.

The first mural is already underway and has been titled The Seafarer – The Eager Spirit, the Heart to Travel. It is measuring about 10metres in height. The designer for the mural are members of Loci, a talented group of artists, most of whom have had their work exhibited locally, and they are working in conjunction with martin Brooks and Stephen Berry, Fine Arts Lecturers. The theme is in such a way that it narrates the journeys across the Atlantic for the 400 years since the Mayflower.

The mural is being done on the outer wall of The Cooperage building in Royal William Yard. It is set to be launched prior to the Plymouth Art Weekender from 23-25 September.

According to Llyr Davies, who holds a BA (Hons) Fine Art Course in 2015 is a Loci collective member and is overseeing the entire project. He said that Mayflower will remain in the history of Plymouth and he was happy to be part of the project.

He continued to say that the team is eager to create pieces of art that the people can take pride in. as well, the team hopes to make the Royal William Yard a hub for creativity and culture .

Plymouth Culture is supporting the project as they are involved in the Mayflower 400 celebrations and is hoping that emerging talents will be discovered and utilized within the community.

According to Dominic Jinks, the executive director of Plymouth Culture, he was happy to see how the mural projects are coming along being spearheaded by the University of Plymouth. The Plymouth Art Weekender is an example of the growth of visual contemporary arts in Plymouth.

James Pascoe who is the events manager at Royal William Yard said that Plymouth has always has close connections to art and have been in support of several projects such as British Art Show, Royal William Arts festivals among others.

There is a crowdfunder campaign that has been setup to finance the murals that will be done in future and you can get more information online.