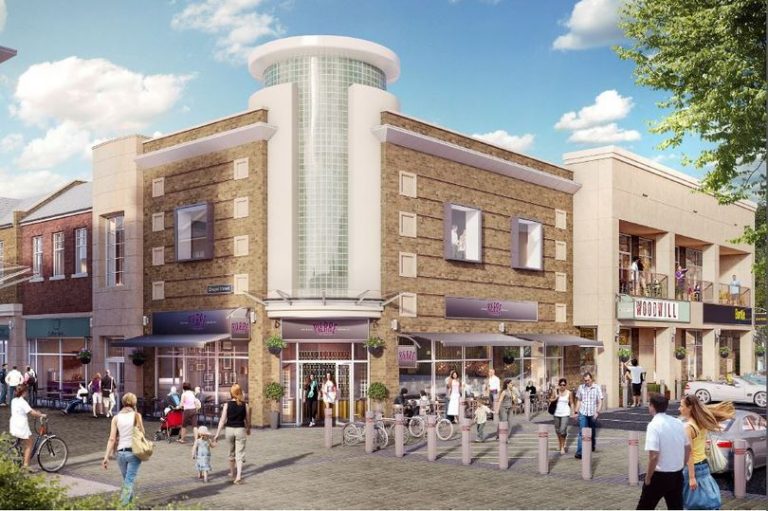 At the Swan Centre in Chapel Street, the ex-Co-op building is going to become a brand new restaurant complex

The new dinning complex, called “Chapel Street Dining” is going to be located in the ex-Swan Centre in Rugby and should be opened in summer 2017.

The names of the four new restaurants are going to be announced shortly, but the developers promised that they would be “top quality restaurants”.

Planning permissions have been approved for the project, similar to Cathedral Lanes in Coventry, which is going to be developed by Caracal Properties.

A person in charge of project management in Caracal Properties, Lisa Byers, stated: “We’re extremely excited to be creating a hub of national restaurants for the town of Rugby, we believe it fills a currently under-served thriving town with a dining quarter for both day and night.”

“We have had several remarkably positive and supportive gatherings with the council and Rugby First, to guarantee the Swan Centre redevelopment enhances the city centres attractiveness and dining choices for the community.

“We are extremely certain that we will accomplish this.”

Heart of England Co-operative Society in September 2015 announced that it is going to close all of theirs non-food stores throughout Warwickshire, Rugby included.

Co-op managers stated that decision was taken after a lot of consideration as the stores were not able to create profit because of the increased popularity of online shopping and a “very tough retail environment”.

AftabGaffar, managing director of Rugby First, welcomed the scheme to change the ex-Co-op store and said: “This is excellent news for the city centre and a fantastic boost to the town economy.”

“Not only will this development enhance the town centre offer but it also has the potential to create a lot of full and part-time jobs.”

“Our City Centre Action Plan outlined our dream to reinvigorate the city centre and this new eatery development can deliver a real boost to our economy, both regarding generating jobs and attracting inhabitants and visitors into the heart of Rugby.”