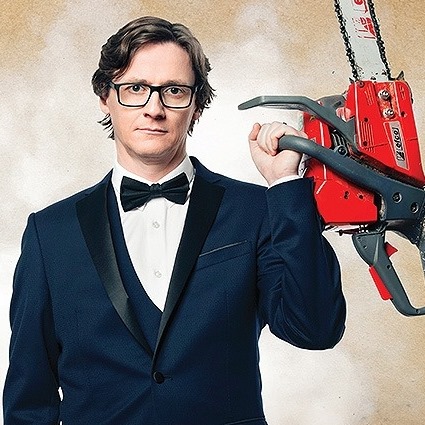 Ed Byrne, the comedian, will be performing at Derby Arena next year and tickets will be on sale starting this week.

Recently seen in BBC Two’s Dara And Ed’s Road To Mandalay with his old friend Dara O’Briain, Ed Byrne will perform next year at Derby Arena on Friday, April 20, during his UK stand-up tour.

In the upcoming show called “Spoiler Alert”, Byrne is trying to figure out if as a nation we are spoiled or not.

Byrne is a comedian who has a connection with Derbyshire as publicist Claire Walker, who happens to be his wife, is from You greave. He is known as one of the best comedians in the industry, and his TV roles include Have I Got News For You, Comic Relief Bake Off 2015, Mock The Week, The Graham Norton Show, The One Show, The World’s Most Dangerous Roads and Live At The Apollo.

Derby Arena will be a place where in 2018 other great comedians will perform apart from Byrne. Russell Brand will perform on Thursday, April 19, the day before Byrne’s show which is a change from his original July 2018 date, Sarah Millican will perform at the Pride Park venue’s stage on Sunday, July 1, and Jason Manford will be presenting his brand new stand-up comedy to Derby on Saturday, November 24.

Derby Arena will open its doors for “Spoiler Alert” show at 7 pm and the show will begin at 8 pm. It is considered not suitable for persons under 16.
Tickets price is £26. Derby Live customers will be able to get priority tickets on Thursday, July 27, from 10 am. On Friday, July 28, they will go on general sale from 10 am. One person can buy up to 8 tickets.

To be able to get priority tickets, a person should create a Derby Live web account by Wednesday, July 26, at derbylive.co.uk.

There are few ways how to buy tickets. Either through online at derbylive.co.uk or Derby Live Box Office on 01332 255800. Sales and Information Centre in Derby Market Place is also a place where tickets can be bought.