False bomb threat caused evacuation at Brighton seafront by a hoax caller who is being hunted down. 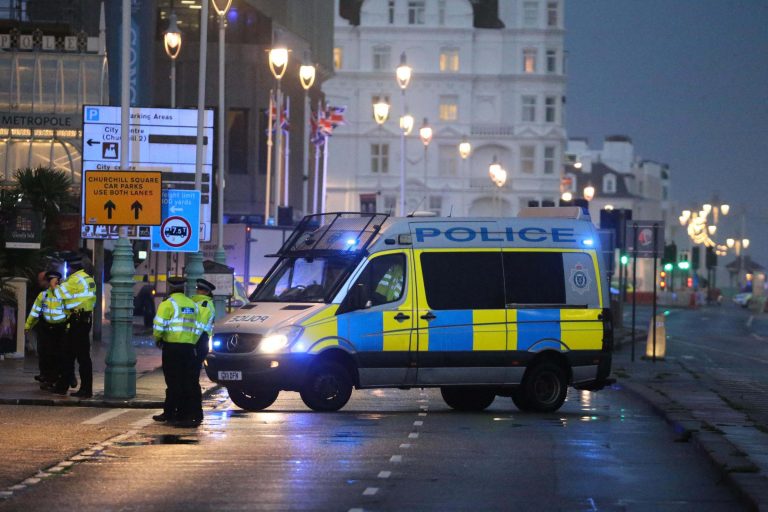 According to the police, there was nothing discovered after the evacuation of The Grand hotel following an anonymous tip from a caller who claimed there was a bomb within the building.

King’s Road hotel management informed the Sussex police at around 4.30pm after which the building was evacuated. A259 King’s Road was shut down right from the roundabout at aquarium all the way to the British Airways i360 for traffic in both directions.

According to a statement given by a Spokesman from Sussex police, nothing suspicious was found inside The Grand Hotel in Brighton by the time the search was concluded on Sunday at 9.15pm after which the guests and members of staff were allowed to re-enter the building.

The roads which had been closed as well as the car parks adjacent to the area were also opened for use.

The search that was conducted in the hotel was done by police advisers who have special training, the local police department, police dogs as well as experts of weaponry disposal from the military.

The spokesman also said that the call from the anonymous caller is being treated as a prank since nothing outwardly suspicious was discovered.

Lisa Bell, who is the Chief Superintendent stated that it was crucial that the report was exhaustively looked into and we appreciate how the guests at the hotel, employees as well as the general public using the adjacent car parks we patient during the search that disrupted their afternoon as well as their evening.

A thorough criminal investigation has been launched so as to track down the anonymous caller.

The police are not revealing any information they have about the call but they do have leads that are aggressively being followed.

The police had also evacuated The Brighton Centre, which was hosting the Trade Unions Congress (TUC) the same week, even though the police spokesman stated that it was not a threat.

Francis O’Grady, who is the Union’s secretary general and the general secretary of Unison, Dave Prentis are both taking part at the congress in Brighton today.

In the city for the event also are John Mcdonnell , the Labour’s Shadow chancellor and Unite Leader, Len McCluskey.