Is Bradford on the brink of a cultural renaissance? 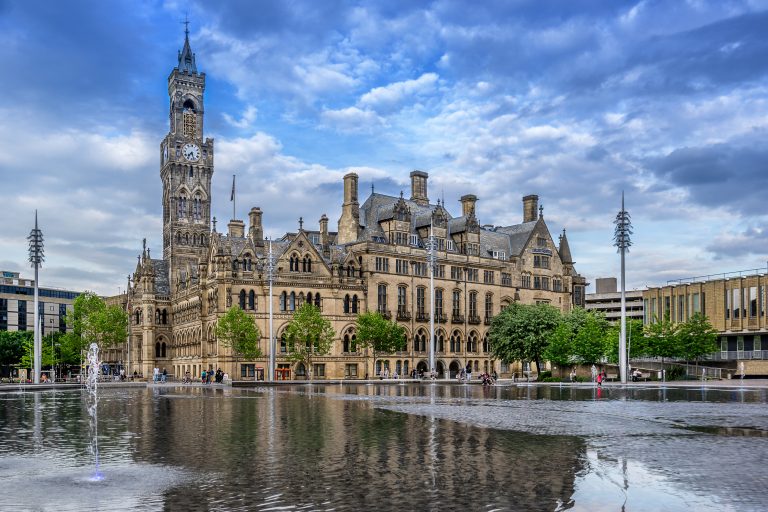 For past ten years, Bradford has been known for its giant hole, but is it time that the city finally emerges from the shadows?

Had someone explained to the people who queued for buses outside the hoardings which beset Bradford’s Westfield expansion that the city was on the edge of a cultural rebirth that they could have done more than just raise an eyebrow.

The giant hole, where the shopping centre should have been constructed, got the nickname Wastefield, and for some time became the symbol of all that is wrong with Bradford’s rebirth plans.

In Yorkshire’s ex-textile capital, things are looking a little bit different at present.

Tour de Yorkshire will occur in May, a new gallery dedicated to David Hockney will open a few months later, in the meantime, development of the Sunbridge Wells bar and retail will be finished, following a significant overhaul, St George’s Hall will reopen, and the Royal Collection will organize an exhibition at Cartwright Hall.

Jill Iredale, caretaker of fine arts at Cartwright Hall says that several things came together at the same time. Cartwright Hall will house the new Hockney galleries. “David gifted some work to us which we wanted to display correctly, and with this year marking his 80th birthday, it seemed the right time to look at creating permanent gallery space dedicated to Bradford’s famous son.”

Problems related to deprivation and unemployment aren’t easy to forget, but now, finally, the city is seeing better days as Urban Splash is planning to start the next phase of work in Manningham, on the Lister Mills development, which was the source of most problems in the past.

“Bradford was in the problem because it was too dependent on a couple of industries, but things are changing now for the better. Not so long ago Bradford was wealthier than Leeds, and with these new changes I believe that we can create a brand new and successful image of the Bradford.”

Even though Wastefield managed to bring a clutch of big retail companies to Bradford, a more interesting project is just starting in the close vicinity.

Sunbridge Wells is the idea of Graham Hall, who has excavated a lot of tunnels under the city to make a place for new bars and retail opportunities.

Graham Hall says that Sunbridge Wells is an antidote to the rise of identikit high streets and can also be described as “a world of pure imagination”.

The Bradford Literature Festival is undoubtedly one of the events where Hall’s philosophy is put into practice. In 2014 when the Festival was launched, it’s two-day programme consisted of 25 events, and was attended by less than 1,000 visitors. In the previous year, the Festival lasted for ten days, contained 200 events which attracted over 32,000 visitors.