Tour de Yorkshire preview: What you need to know about this weekend’s big event 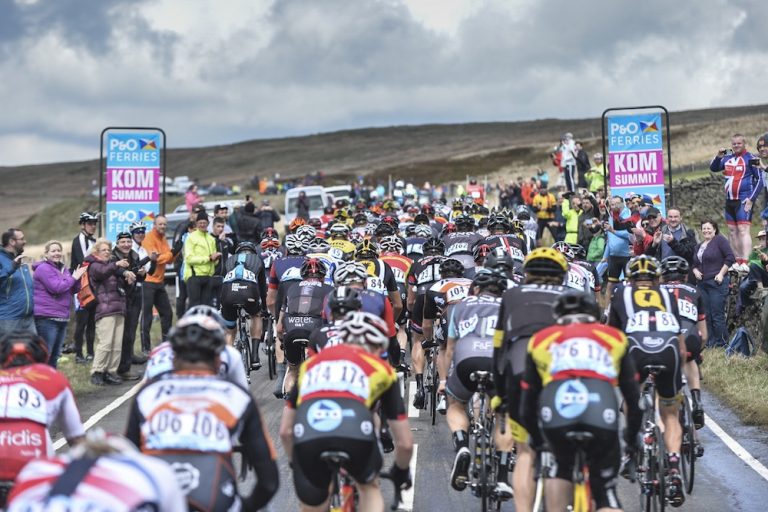 Sir Gary Verity stated that the vast “land art” projects that are planned by community groups and schools in the area could create a priceless publicity.

On the route of the race that starts on Friday, the communities have made several creative projects as a vast “tunny” fish in Scarborough and a Bradford Boar on a bike in Keelham.

In the Yorkshire Wolds, in Driffield, few hundreds of schoolchildren will create a 6,000sq ft “human bicycle”, which will provide the illusion of a moving big bike wheel, as the race goes by.

This and many other artworks will be recorded by aerial cameras and streamed on TV stations in Britain and to 167 other countries by satellites.

Yorkshire wildlife artist, Robert E Fuller, will make an open-air exhibition of 2m high paintings which viewers will be able to see as the race participants climb Garrowby Hill in the Wolds.

On the last day of the race, villages of Baildon and Queensbury in the West Yorkshire are going to present large banners nearly 50m long and 10m high, and on the roof of the Woolshops Shopping centre in Halifax, a huge sheep with red spots will be painted.

Sir Gary said: “This is the largest event in Yorkshire this year.”

“In the world, there is no other free event where you can be this close to a lot of world-class athletes.”

“Massive amounts of hard work from locals have been involved in the land art projects, and the TV helicopters will present them to the world.”

Sir Gary added that this annual race had become a steady fixture in the world cycling schedule.

The route will pass over the new bridge at Tadcaster, which was opened a few months ago in the place of the bridge that was destroyed in the Boxing Day floods of 2015.

Women’s event this year will have more prize money that men’s event and will be the largest one ever.

The race will pass through Bradford’s centre for the first time as well as Yorkshire’s two World Heritage sites, at Fountains Abbey and Saltaire.

Yorkshire has enjoyed record years for tourism, on the back of its hosting of the Grand Depart of the

Yorkshire has been experiencing record high tourist numbers as a result of the Depart of the Tour de France in 2014 and the Tour de Yorkshire that started in 2015 as its legacy.

Sir Gary said: “The economic impact of the event is important, but it is also about connecting communities. People are grouping to promote their areas as best as they can.”

“The TV exposure is significant to all this. This sort of publicity is priceless.”