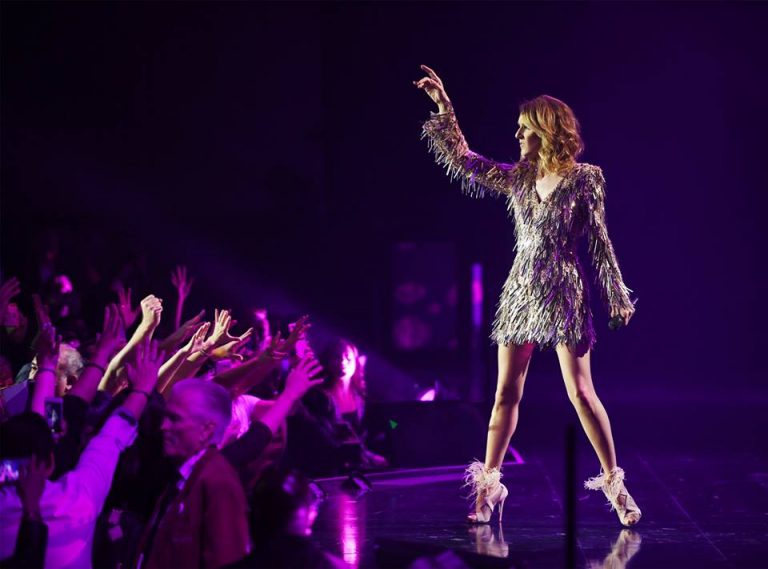 On her first of the two summer performances in Birmingham, the Queen of Quebec makes a fantastic show

As the year 2017 has proven to be full of emotional ups and downs for the whole nation, we are all in need of positive vibes.

Last night, amazing Celine Dion gave us a lot of positive energy at her sold-out show at Barclaycard Arena.

The fans were energised while listening to a great mix of pop, soul, rock and disco performed by Celine, the true superstar.

In January last year Celine Dion lost both her brother and husband, but during her performance, she was only spreading Love. Just a few of the biggest fans got the chance to touch her directly, but everyone present was able to feel the warmth of her embrace during her first show in the city after more than ten years.

It is unbelievable that Celine is turning 50 next March as she is full of stories, humour and endless energy. At the end of her two-hour performance, she runs the length of the Barclaycard Arena to the mixing desk to perform Love of My Life by Queen.

Before the concert, Celine paid her respects to her late husband, René Angélil, who was also her mentor whom she’d met when he was 38, and she was 12 in 1980.

The Queen of Quebec talked about how his biggest advice was to have a career, not a hit.

And she did it right, winning five Grammy Awards and publishing albums both in French and English.

She did not spare the money to make this concert as great as possible as over 20 live musicians, and back singers were on the stage, while several extra clear screens were placed to afford all a great view.

Right from the beginning, the sound was perfect, and Celine’s singing was flawless, her magnificent climax to All By Myself draw the loudest reaction of the night together with a clenched fist in the air from the superstar herself.

The most moving song of the night probably was the song called “Recovering”, written for her by Pink, which begins ‘Little by little, day by day, One step at a time’.

The whole concert was extraordinary, with high chances to be the best vocal show I’ll ever attend in a stadium venue not made for acoustics.

Celine Dion might not be recognised as a faith healer.

But, last night, who had the faith, quite certainly got the love.

And if there is love there has to be healing.

By the looks on her face, Celine thought so, thanking all the present for their great energy which is the source of her art.

There was a lot of genuine feeling during the encore performance of her most celebrated hit; My Heart Will Go On.

The Titanic theme brought tears to the eyes of those sentimental fans, and was more than worth the ticket cost alone for lines like: ‘Love can touch us one time, And last for a lifetime, And never let go till we’re gone’.