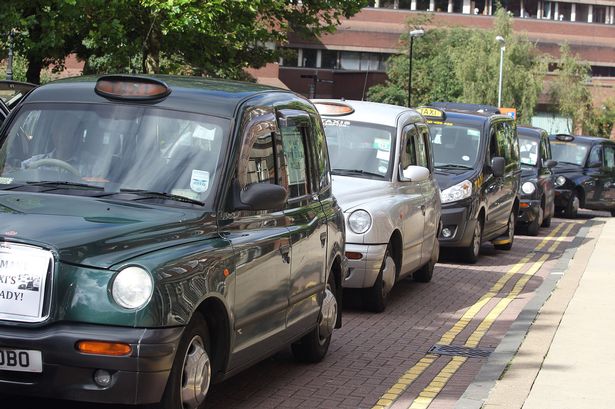 A new plan has been suggested to challenge what has been described as the “dangerous” state of Liverpool’s taxi and private hire trade.

There are calls for the council to take on additional licensing staff to manage the “huge problems” disturbing the city’s trade and to bring in a new region-wide approach to taxi rules to dodge having drivers who “can only navigate by app and who cannot communicate the values and places of Liverpool to visitors”.

The proposal is being suggested by Liberal Democrat councillor Malcolm Kelly at an assembly of the complete council next week. He will call for action to “make the streets of Liverpool, especially those in the City Centre, safe at night.”

“There are a number of reasons for this some of which are not in our control.

But there are many that are.

“That is why our Lib Dem motion calls upon the Mayor of Liverpool to take on more licensing staff and the Mayor of the Liverpool City Region to coordinate the 6 City Region Councils to ensure a common approach and high standards.”

Mayor Anderson has formerly proposed the idea of a region wide knowledge test and a common licensing standard after complaints of drivers travelling in from far afield to pick up fares and not knowing the city.

Cllr Kelly is calling for the Mayor to “speed up” this idea and devise a “common licensing standard, training mechanism and control mechanisms which operate throughout the City Region and combine the Taxi function as one seamless operation in the City Region.”

“We need to have properly trained and licensed drivers in vehicles that are properly maintained and insured.

“We want our drivers to be ambassadors for the City, knowledgeable about the city and able to help people.”

Earlier in the year, we conducted an investigation which emphasised several issues in the city centre – including the issue of uninsured drivers illegally accepting trade at different locations.

At the time, the council highlighted that it had given out 250 fixed penalty notices in just the first three months of the year. They also prosecuted 11 private hire drivers in March for a variety of offences including illegally plying for trade.

The council’s chair of licensing Cllr Christine Banks stated: “Most of the 2,163 private hire drivers in our city do obey the law, but we have a specific issue in Liverpool with drivers coming in from neighbouring boroughs to ply for trade illegally because of our vibrant night time economy.

“We already run regular operations and issue fines, warnings and prosecutions to hundreds of drivers every year but could do more if we were able to use some of the taxi licensing fees paid to other areas to boost it.”