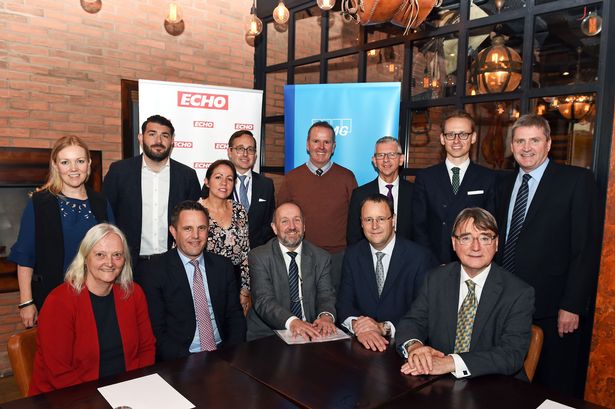 Skills gaps, recruitment and Brexit are all on the agenda for debate teams as the ECHO celebrates a series of positive companies privileged with winning the Regional Business Awards of Liverpool city this year

A selection of the winners of the Regional Business Awards 2017 of Liverpool city came together at a very very special lunch in their honour to debate some of the issues and opportunities that could be affecting the business landscape across the Liverpool City Region in the not so far future.

The business leaders were honoured in June this year at the occasion, set up for the 23rd year by the ECHO in combination with the Business Post magazine and proudly sponsored by KPMG and DLA Piper, at St George’s Hall.

Just some of the subjects discussed at the debate comprised the ongoing development of the city and its status as an international business destination, some of the issues around skills gaps and recruitment, and finally the challenges and opportunities that could come about as a result of the Brexit vote.

The Editor of the Liverpool ECHO, Alastair Machray kindly acted as chair of the discussion at Fazenda, with Liverpool University Professor Tom Cannon providing expert insight on the various subjects that were put up for debate.

The complete list of winners and those invited to or attending the event can be found here:

KMPG and DLA Piper, the kind sponsors of the awards and the event itself were represented by Will Baker and Ben Miller respectively.

A full report on the debate and the series of subjects that were discussed will appear in the upcoming edition of the Business Post magazine.