Business of the Year 2017 competition has been opened to applicants 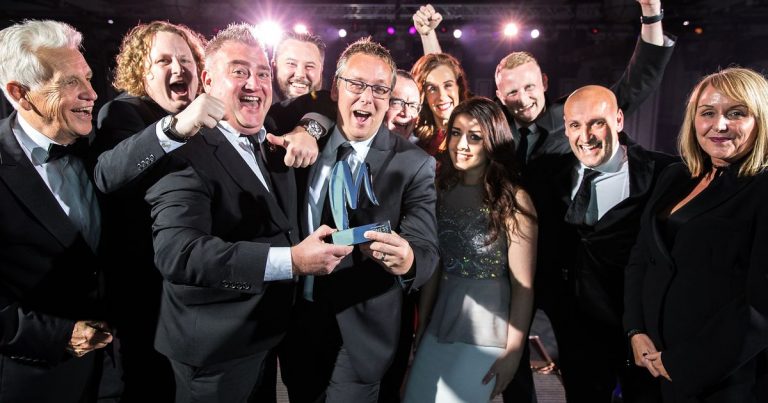 The hunt for the area’s top businesses is on with the launch of the 2017 M.E.N. Business of the Year Awards. This event recogises 25 years of the popular awards ceremony, which acknowledges companies of various shapes and sizes throughout the region.

The last date for entries is Thursday, April 7 and the final event will be a dazzling ceremony at The Principal Hotel, Manchester, on Thursday, November 9.

Shelina Begum, business editor, said: “2017 is a really exciting year for us as we mark 25 years of the M.E.N Business of the Year Awards.

“These awards have been celebrating the brightest, most successful and most unique businesses from across the region for over two decades and signal our continuing commitment to the business scene in Greater Manchester and beyond and engaging with it in a way we believe nobody else can or does.”

Geraldine Ryan of Hill Dickinson said: “Hill Dickinson has been a fortunate sponsor of the MEN Business of the Year awards for the past four years.

“We are very much looking forward to judging the awards and meeting some of Manchester’s best professional talent and innovative businesses.”
Chris Poole, at Robert Walters, said: “Robert Walters is proud to sponsor the awards for a fifth year.

“We believe that highlighting regional excellence is crucial and our continued sponsorship of the awards is further evidence of our support to the local business community.”

Liam Brougham, from Barclays, said: “Barclays is proud to have an established history of supporting businesses across the North and are delighted to be one of the headline sponsors at the MEN Business Awards 2017.”

Ken O’Toole, CEO of Manchester Airport, said “The strength and depth of the North’s business landscape is one of the key factors that makes it competitive on the global stage.

“We look forward to supporting the growth of many of these leading businesses by connecting them to the world’s most important markets.”

Emma Suchland, partner at PwC, remarked: “This is the 15th year we have been involved in the MEN Awards and over this time we have met some of the region’s most inspiring companies.

“All UK regions and cities have a role to play in driving growth for the whole of the country and by supporting the MEN Awards we are able to recognise and celebrate the success of Greater Manchester companies.”

“One thing which remains constant in Manchester, is the breadth and depth of entrepreneurial talent which the city produces, and the city is well known as a thriving business hub, for businesses, large and small, which choose to make Manchester their home.”

Prof David Spicer, Dean at Salford Business School, said: “We are thrilled to recognise the efforts of smaller businesses, through sponsoring the MEN Business Award for best business with a Turnover under £5m.

“We’re looking forward to seeing entries from a wide variety of companies doing exciting work and, as last year, we’re expecting it will be hard to pick a winner from the range of high calibre entrants.”