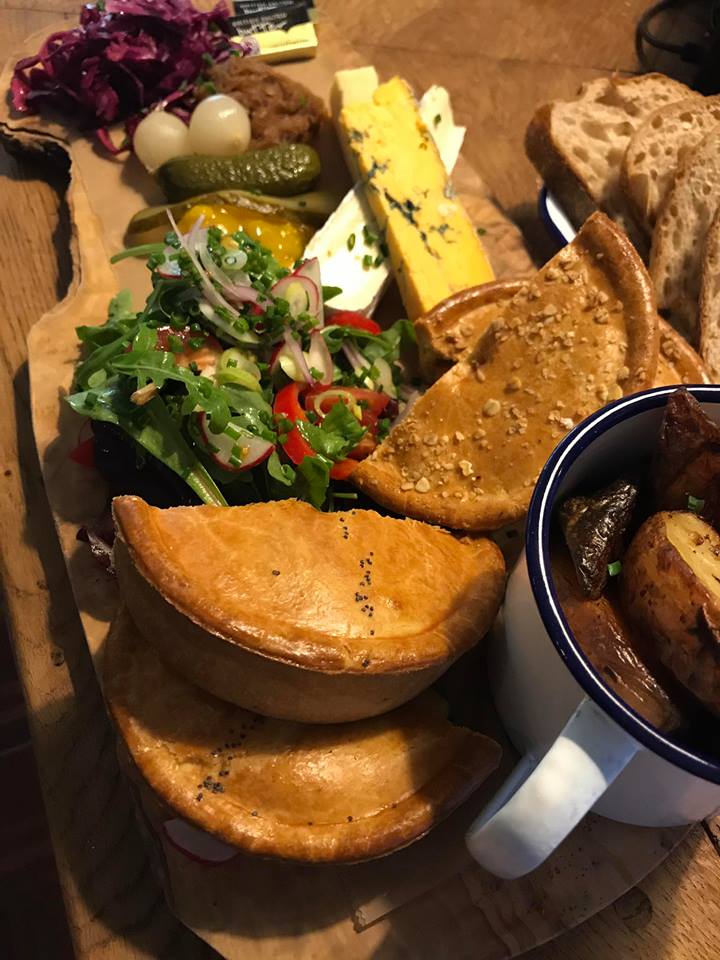 It’s a grim Tuesday night, and though there are swanky cocktail bars and flash restaurants pleading to be reviewed in Manchester city centre, I’m struggling to find anywhere to eat.

I want something substantial, a cosy location, a spot free from ‘irony’ or ‘vibes’ or Nineties sitcom-themed treats. I don’t need a novel restaurant idea, or an immersive experience, or waiting staff who double as trapeze artists.

The answer is pies. So I venture in search of the finest.

There are doubtless a few pie-makers that would lay claim to this, but pie maker extraordinaire Oliver Doyle has been baking under the puntastic name of Lord of the Pies since 2011 from his shop in Stockport.

Together with his partner, Doyle has opened sites in Macclesfield, and now Chorlton, serving their hearty northern fare.

The Chorlton venue – which opened earlier this year – is particularly close to the couple’s hearts. Not only was it where they met and got together but it’s a business they credit with saving Doyle’s life.

He was diagnosed with a rare cancer of the adrenal gland tissue, and told to prepare for the worst. But with his partner by his side, juggling running their business with sneaking in pies to his bedside, Doyle made an astonishing recovery, and was back to work after just two months off, in spite of doctors warning him he might not be able to return to such a physical job.

Doyle said: “We came so close. It was the business that saved my life. If we hadn’t moved they reckon I would have had another year,” he said. With such a heart-warming narrative behind it, it’s time to test these pies.

The Chorlton site is small at just 20 covers, and is kitted out smartly: dimly lit with exposed brickwork, industrial lighting, wooden tables, and a leather banquette.

The confit pork and Bury black pudding is a pretty dry filling, which billows with steam when prized open. Together with a smooth onion gravy it’s like the definitive pork pie. Meanwhile a classic beef and ale pie is wholehearted and succulent with a deep, warming taste from the roasted chestnut mushrooms.

A tart helping of braised red cabbage and sweet-sticky homemade beans (£2.75 each) are delicious but remain barely touched due to the immense main meal.

Beers here are generally local and well chosen, with the likes of Blackjack, ABC, and Ilkley Brewery on offer, while the wine list is short but sweet.
I work my way into a chocolate brownie (£4.50). It’s more like a cake than a gooey indulgence, but still enjoyable enough.

Overall, Lord of the Pies is a friendly, straightforward restaurant, and a welcome addition to Chorlton. But are they really the Lord of the Pies? Could they be named the best in Manchester? Well, there’s a few contenders for that – but they’re certainly battling it out with the best of them.