Disappointment for the country’s official representative in Bristol after Broadmead’s Jamaica Day event. 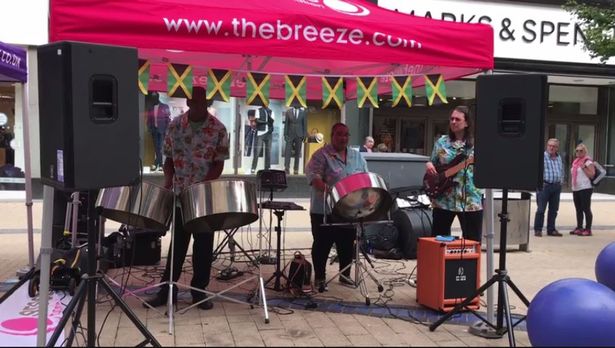 Jamaican High Commission Primrose Granville categorically states that Brand Jamaica is not a gimmick that should be used carelessly without respecting those who hold it in high regard.

The Broadmead boss admits that the event could have been better than it was. This he said following the fury and disappointment registered by the Jamaican High commission representative in Bristol.

Activities that took place in the event that happened on Tuesday in the Centre of Broadmead included head-dress designing, a steel band and a hula hooping competition.

It was part of the Around the World series of events, which had themed days for other countries like Japan and Canada. There was also a children’s flag hunt activity.

There is a scheduled meeting next week between the shopping quarters bosses and representatives from the Jamaica community.

As the event day got closer, Primose Granville had concerns about how authentic the event was. She stated that there was no one in the Jamaican community in Bristol that was well versed with the themed day and termed it as just an advertisement.

She expressed her fury, that even though she is not hard to reach and access, no one tried to engage and involve the Jamaican community in the city, where she is a representative.

Ms.Granville was utterly disappointed by the failed attempt for a cultural representation noting that there a programme that went on throughout the year for celebrations which marked the 55th anniversary of independence.

The event happened on Tuesday, where the shoppers were encouraged to participate in head-dress making as well as hula hoop, yet none of the activities are associated with the Jamaican culture.

Jo Hawkins, Bristol shopping quarter boss, member of Broadmead BID team got in touch with MS.Granviille and they were both in agreement that the event could have had better involvement.

Ms.Hawkins spoke to Ms.Granville and apologized. There was a good resolution and Ms.Hawkins admitted that they didn’t put much thought into it. It was a matter of inconsideration, but not racism.

Jo Hawkins did admit that there are lessons to be learnt and she was hopeful that they would work well with Ms.Granville , starting with the meeting set for next week.

“It was more of creating awareness, fun activities for the kids, hunting for flags in shop windows and things like that. “ Jo Hawkins said. “We honestly did not consult anyone for the Jamaican day or the other themed countries such as Japan. We didn’t put so much thought into it, and we now realize that we missed a great chance to showcase the authentic culture. I am truly happy that Ms,Granville has reached out “

With my job being promoting Broadmead, I now realize that we could have had a better event and more people would have participated in the event.