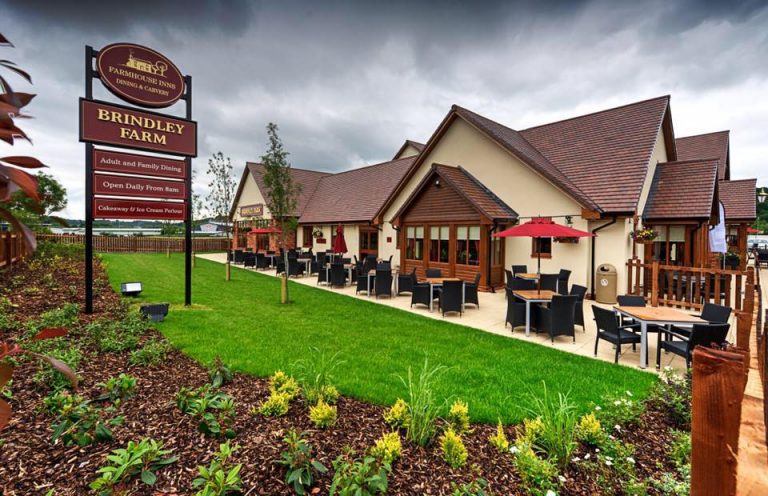 Miranda Berrisford, a mother-of-three from Stoke recently asked for an empty bowl in a local restaurant for her 20-month-old son only to receive a charge of £2.29. Despite being advertised as a ‘child-friendly’ establishment, the carvery station at Brindley Farm, near Stoke-on-Trent, demanded that the regular customer pay an additional fee for the ‘small’ bowl so she could scrape some food off her own plate for her toddler. But the 43-year-old, has since slammed the venue and made clear her shock and disgust at what happened to her.

Receptionist Ms Berrisford, of Burslem said: ‘We always go somewhere child friendly and Brindley Farm is child friendly with its food choices and the play area. We had been there about 10 or 15 times before and with no problems.

‘I opted for a carvery so William could have some of my vegetables. I asked for the bowl saying it was for William and the person behind the counter said that it would be £2.29 for the bowl.

‘I said I wanted to put some of my food in it off my plate, and was not filling the bowl up at the counter.’

Ms Berrisford understandably returned to the table she was sharing with a friend without a bowl for her infant son William. However, a waitress did later provide a small bowl as requested and bring it to the table for no extra cost.

On the subject of the charge Ms Berrisford added: ‘Being asked to pay £2.29 for a bowl for a small child is one of the most ridiculous things I have ever heard and what happened was a joke.

‘I want other parents to be aware that they could get charged for a small bowl for their young child. It’s only £2.29 but it’s the principle of the matter.’

The carvery’s managing company Farmhouse Inns has apologised for the ‘misunderstanding’ that took place and will be providing Miranda with a voucher for future visits.

They then went on to confirm that Farmhouse Inns do not charge their customers for additional crockery at its restaurants and that this was an isolated experience.

A spokesperson for the Brindley Farm carvery said: ‘We’ve already spoken with our guest since this happened to apologise and reiterate that this was a complete misunderstanding.

‘She has been kind enough to accept our apology and we are sending her a voucher so she can return with her children to dine with us again soon.

‘Farmhouse Inns always seeks to provide a friendly and welcoming experience for all the family.’