Thanks to a GO! Southampton Initiative, the City Centre at Southampton will get a clean-up 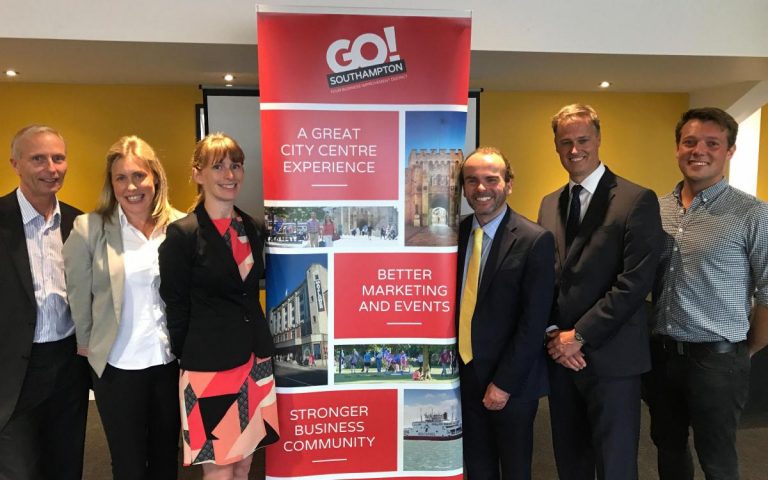 A cleanup campaign has been launched for Southampton city centre by business owners.

Members of GO! Southampton Business Improvement District have been touring the streets in the city centre so that they can identify the areas that are in dire need of cleaning. They have started a routine which includes scrubbing, litter picking as well as power washing.

The BID consists of businesses from Westquay to Kingsway, London Road to Town Quay and they are 643 in total. They said that the initiative will last for a month and its intent is to give the council the momentum to keep the city clean. A total of £2,000 has been invested in acquiring cleaning equipment and machine.

The cleanup will see all car parks, bins as well as street furniture starting from the junction of Bargate and East street get a proper wash. This is in an attempt to make the city more appealing and enhance the experience that people will get when they visit the city centre.

Spencer Bowman, the chair of the action team, and is also the proprietor of Mettricks cafés said that one of the priorities in the short term for the GO! Southampton is to create a platform for the main issues that are affecting our city centre and look for solutions to this issues.

It is clear that the Southampton’s business community is concerned about enhancing the experience that the visitors and residents get from the city centre. This is seen through our financial support of giving the city centre a fresh clean look.

We hope that the outcome of our efforts will be experienced instantly and we are hopeful that the SCC will uphold the level of cleanliness from this point forward.

However, the city environment boss, councillor Jacqui Rayment stated that the initiative is just an enhancement of what the council is already doing.

Jacqui said that the council is cleaning the city centre and they have always been doing so. She also said that the BID has only invested more money into getting more cleaning done in the area.

The BID is a new organization that has been set up by businesses to improve the city centre that is cleaned all year round by the City Council.

The BID just pinpointed a certain area, since the city is not particularly a dirty place. This is something that would be done by the city council just the same.
According to Carl Davies, the manager at High Streets London Camera Exchange, the initiative has made a difference but the city council should pay for the work.

Carl said that the town looks great, just as it did about 10 or 15 years ago. He also said that he supports anything that promotes cleanliness and tidiness.
“There are some shops that have for a long time remained vacant, and it’s about time they got tenants”, Carl said.

“The rates we pay are enough to have the council do it for us, but we can be glad that it is being done anyway”

Share. Facebook Twitter Pinterest LinkedIn Tumblr Email
Previous ArticleHopes are high for the Bitterne Park Hotel in Southampton to reopen soon as they continue to look for new operator
Next Article Vosper, a new burger bar is opened in Southampton by Saints legend, Francis Benali