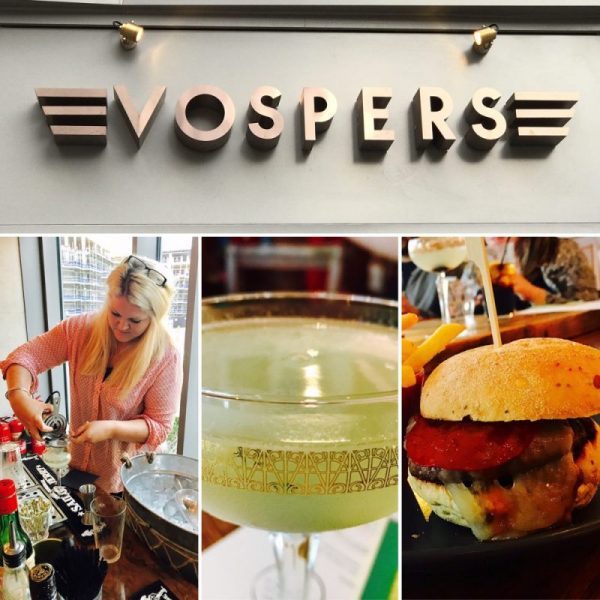 A new restaurant has just opened thanks to a Saint legend.

The city’s freeman, Francis Benali has visited Itchen Bridge to sample the burgers and cocktails at Vospers, a new site that has been allocated for the city’s last shipyard.

The proprietor of Mettricks Coffee, Spencer Bowman did the set up for Vosper and it is one of the three recent establishments at Woolston Waterside Crest Nicholson development worth £700 million.

You can enjoy the burgers, cocktails and local beer served at the restaurant. Jay Geddes, a former chef-to-the-stars heads the meal preparation and the menu is set in reverence to the history of Woolston. The meals re named after ships and important dates in maritime era. The drinks are specially made by the Venezuelan mixologist, Roger Ossa.

Looking at Spencer Bowman’s restaurant portfolio, he has 5 Mettricks coffee shops. He contracted Matt Jones, a local carpenter so that he can create the furniture in the bar with a 1920 industrial maritime theme. The design included a ‘wall of fame’ which included previous employees at Vosper such as John Thorneycroft who was a shipbuilder. His ship building company preceded Vospers.

The entrepreneur, Spencer Bowman said that his team had a great passion for serving the best burgers in Southampton and at the same time keeping the memories, legacy and tradition of the community that used to build ships on the site.

We are really proud of the meals we are serving and the kind of family atmosphere we create. As much as possible, the ingredients in our meals are sourced locally. i.e. the bread comes from Netlev and the local butchers supply the meat.

Franny’s granny lived in Woolston and he wishes Jay and Spencer the very best in their new establishment. They serve incredibly delicious burgers.

Share. Facebook Twitter Pinterest LinkedIn Tumblr Email
Previous ArticleThanks to a GO! Southampton Initiative, the City Centre at Southampton will get a clean-up
Next Article Volunteers at the Southampton Pride get a special afternoon treat aboard the Queen Elizabeth, a luxury Cunard liner