Volunteers at the Southampton Pride get a special afternoon treat aboard the Queen Elizabeth, a luxury Cunard liner 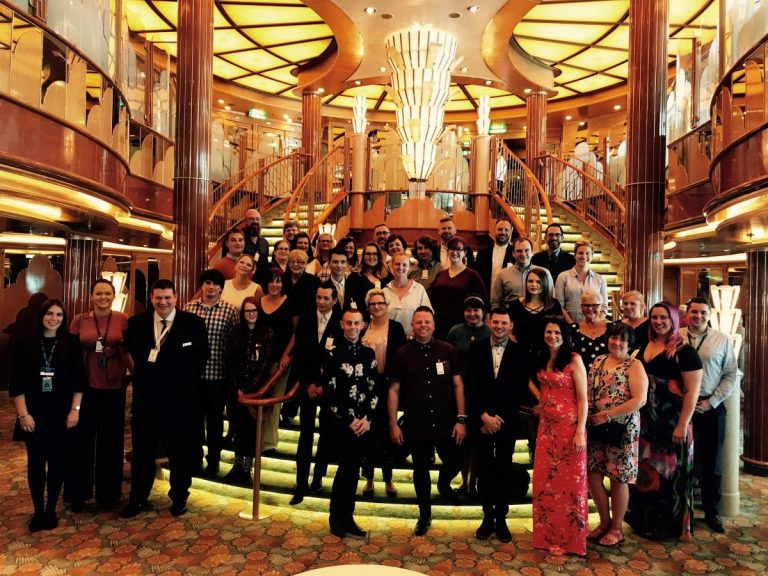 The group that had volunteered from Southampton pride got a rare and special treat aboard the most glamorous ship in the world, where they got to tour The Queen Elizabeth. The treat was part of support for the August bank holiday by Cunard.

The volunteers got a gourmet three-course lunch in one of the eateries within the ship, after they had toured the indoor and outdoor sections of the ship, the cabins as well as the theatre.

In conjunction with several other organizations, Cunard, this year’s official sponsors of Southampton pride have vowed to offer their support for the event.

The event taking place on 26 August will have top performance by 90s boy band 911. Sinitta and Sonia pop musicians will also be performing at the event. The organizers have also allocated an extra platform within Guildhall for performance by local and acoustic performances.

According to the event planner, who is also the manager at Stage Doors, Julianne Watling McCarthy, the event is expected to host between 7-9,000 visitors this year.

Julianne said that they were amazed at the great services they received while they toured the vessel. The beautiful cabins, theatre as well as the indoor and outdoor areas made the volunteers wish to take a world cruise on this amazing ship.On August 26 starting from 2pm, the parade will start from West Marlands road heading to the Bargate and then back.

Visitors can stop at the food and market stalls that will be set up along West Marlands Road. Later on, several joints such as the Stage Door, the London Hotel, The Box as well as The Edge will be having after parties for the revellers.
The Southampton cultural chief councilor Satvir Kaur will officially open the event.